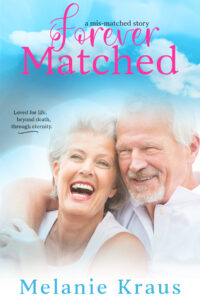 LOVE IS ALL THAT MATTERS…
In life, Naomi Prescott believed love was a devastating emotion to be avoided. In death, she’s learned the truth…it’s all that matters.

Naomi never thought being dead would be so complicated. It was supposed to be easy. Live. Die. Heaven. Simple. But she stuck between worlds, connected to her body since her death.
Now she’s a ghost attending her own funeral, watching her family suffer. And to make matters worse, they’re alone. No partners. No spouse. No family of their own. Just them and their grief, alone. And it’s all her fault.
Naomi wasn’t prepared for any of this. Not the guilt she feels. Nor the pain she sees. And certainly not to meet her guardian angel or to be reunited with the love of her life.
How can she dash off to heaven to live happily ever after when her family is left with the results of her meddling and bad advice? Should she stay and fix their lives? And will heaven wait if she does? 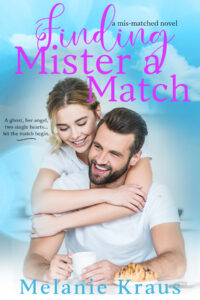 SOMETIMES LOVE NEEDS HELP…
In life, Naomi Prescott believed love was a devastating emotion to be avoided. In death, she’s learned the truth…love is all that matters. Now she’s a ghost on a mission and she’ll do whatever it takes to help her grandson find his soulmate.

TV celebrity veterinarian, Dr. Mike Prescott is consumed with grief and guilt. He certainly doesn’t want to renovate his grandmother’s house into an animal rehab and no-kill shelter. But that’s exactly what his producer and partners want. Or he’s out. He needs a project manager.

Kayla Davis’ scars are more than skin deep. They’re a reminder that love cost her nearly everything. All she desires is to get lost in Arizona. Instead, she’s stranded on the side of the road in Denver. Without a car or a roof over her head. She needs a job.

Kayla’s got secrets and scars and doesn’t trust easily. Mike’s used to fixing broken things, but her wounds may be beyond repair. And while he can’t deny his attraction to her, he realizes her dark past just might ruin his bright future.
END_OF_DOCUMENT_TOKEN_TO_BE_REPLACED 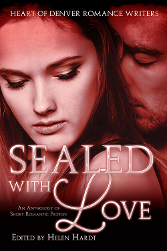 One book’s power to grant wishes…

Holly Carson is a hopeless romantic. She longs to be seen as a woman and not just one of the “guys”. But as a foreman on one of her father’s construction crew, her prospects for happily ever after are non-existent.

A bump on her head, a glowing blue light and Holly wakes up on a pirate ship. Tanner is first mate on The Siren’s Mist. His loyalty is to the Captain. But Holly knows Tanner and the one place she most wants to be is in his arms…forever. But wishes are a fickle things and this one could have a time limit. END_OF_DOCUMENT_TOKEN_TO_BE_REPLACED

A Miss Meets Her Match 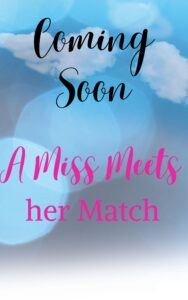 Naomi’s at it again. Her sights are set on her granddaughter, Dani Prescott.
But this time it’s not about finding Dani’s soulmate. This time there may be one soulmate too many.
How is that possible? And Terrick isn’t talking.